Spring has sprung, and frenzied buyers gather around available Melbourne property like hungry sharks in water. Every auction its own mini-drama of expectations rising or being crushed with the fury of bidding fingers, I look at a robust spring property market as an onlooker at the colosseum. Who will be victor?

I began my auction weekend last Saturday in Kensington, a suburb which is closer than you’d think to the city – literally bordering North Melbourne. It’s very quaint and tree-lined, and in the blue brilliance of the morning its gracious streets of renovated workers cottages look positively Tasmanian. I don’t know the area very well –  (aside from writing the odd piece of real estate copywriting there) – and chose The Premises on Bellair Street for breakfast. It was bustling with couples and girlfriends catching up on the week past, and the shopping strip in general seems cute and worth exploring. Kensington has quick public transport to the city, and all the trimmings that make up a popular inner-city suburb. 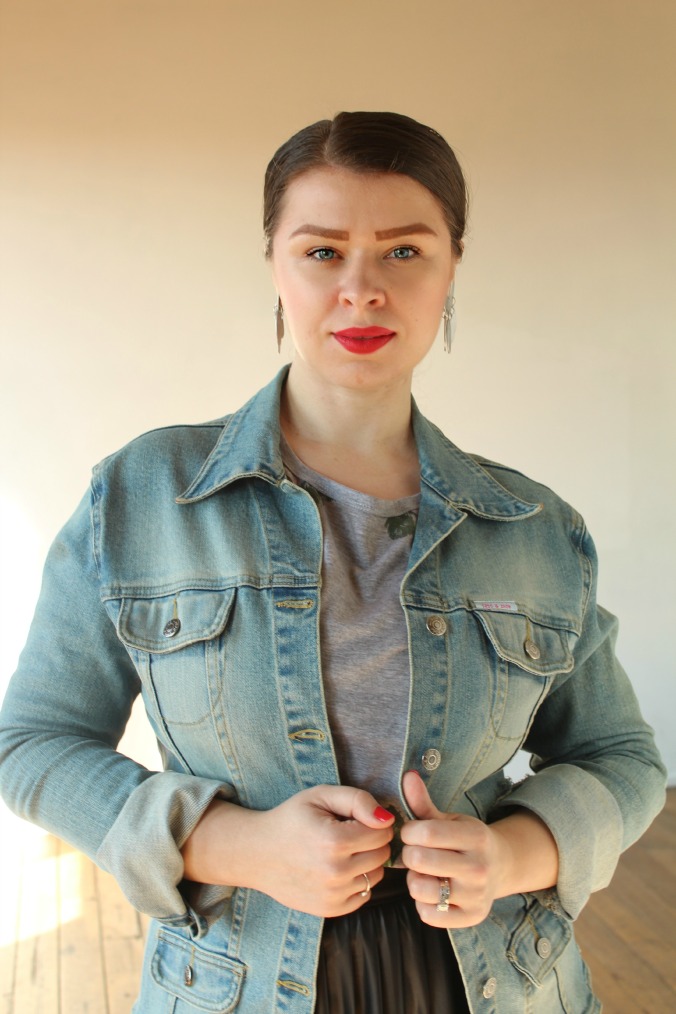 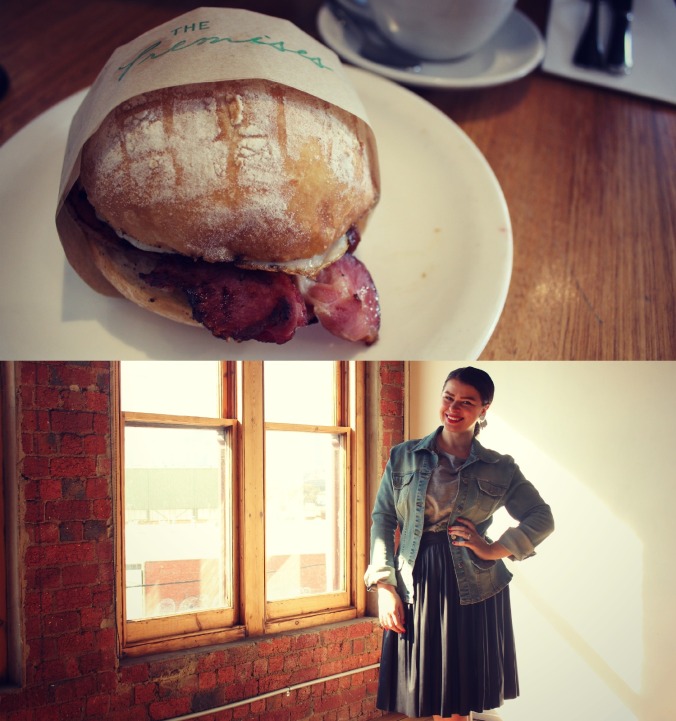 I intended to observe my first auction in Kensington under the hammer of Richard Rendina, but when I arrived it had been sold prior. Buying property prior to auction can be a gamble, but one worth undertaking if your pockets and big enough and it’s a ‘keeper’. Different agencies have different procedures around buying before auction – but in short, don’t think that you can buy a property at the lower end of the quoting range before auction. It’s about klout and audacity when wooing a vendor away from their auction.

Some of you might know that I teach a course for writers (digital and otherwise) hoping to monetize, finesse and further refine their content – it’s called Leader Of The Pack and I’ve another one coming up in mid-November. I’d been searching for a new venue when I popped into Kensington’s gorgeous Lightdrop Studios instead of attending the planned Rendina auction – reader, it was love at first sight! Huge city views in an ex-woolstore near the mills – an ideal place to learn and share. Alex, photographer and Lightdrop Studios manager took these suitably ‘lightfilled’ images of me there. (Want to attend Leader Of The Pack? Email info@rubyslipper.com.au for details on the next class.) 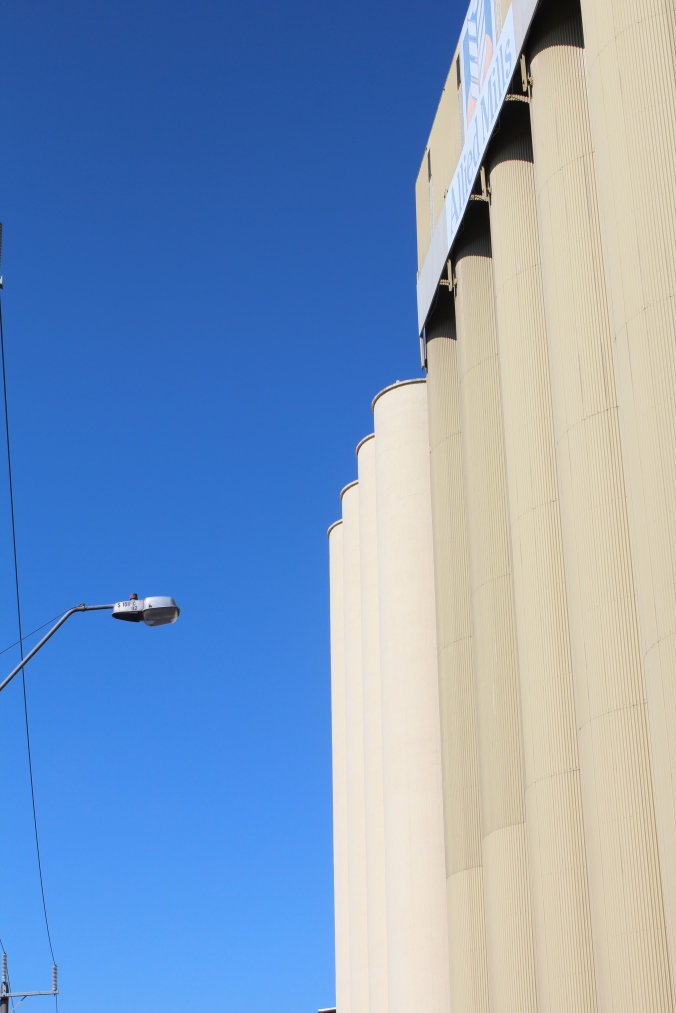 My first auction of the day was a hockingstuart four-storey townhouse at 4 Raglan Street in North Melbourne. As I walked up the (admittedly, many) stairs, I heard the rumblings and mumblings of people commenting on the stairs, how inconvenient they were, what a joke etc. I am always disappointed when I hear people being needlessly rude at open for inspections – I find this kind of behaviour is particularly bad before an auction event. Remember, there’s a hopeful vendor behind that property which you’re badtalking – so if you’ve nothing nice to say, say nothing at all. Some properties have more ‘problems’ than others – be they endless stairs, bedrooms without windows, poor views, many levels … the list goes on. These eccentricities might be inappropriate for you, but they do not diminish the broader value of the property which is based more squarely upon land value and availability. 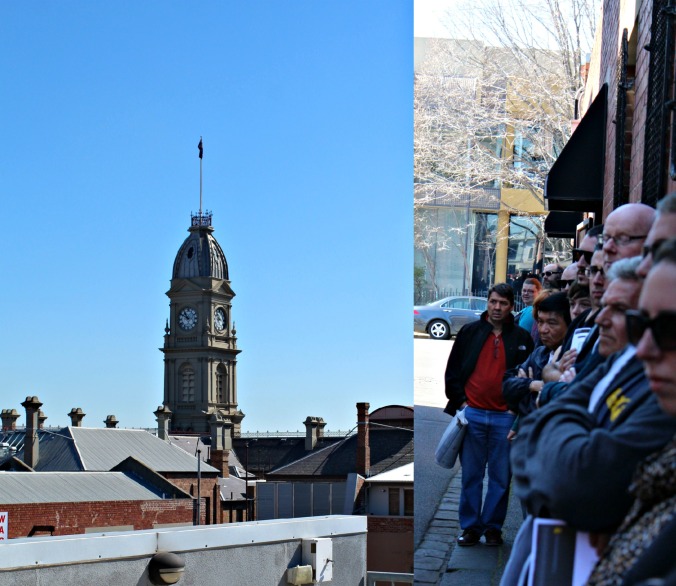 4 Raglan Street is a tall-narrow mid-90’s townhouse positioned just off Erroll Street with all its cafes and culture. It had a beautiful rooftop with views to the city and the town hall. The crowd was middling – there were probably about 40 people in attendance.

Trevor Gange of hockingstuart North Melbourne called the auction in a simple, straightforward manner. His style isn’t warm, but it is efficient and informative – furnishing the crowd with the basic details of the property, its location and rules around the auction process. The auction itself went in jerks and hops, with a starting bid at $700,000.  Another hockingstuart agent took occasional bids from a remote purchaser on his phone, confusing some purchasers. The auction continued to eek upwards from $830,000 to $870,000 before it finally passed in at $875,000. I bid the underbidder good luck, before jetting off to my next auction for the morning. The property sold after auction for $900,000 – its price testament to the confidence purchaser have in inner-city property. 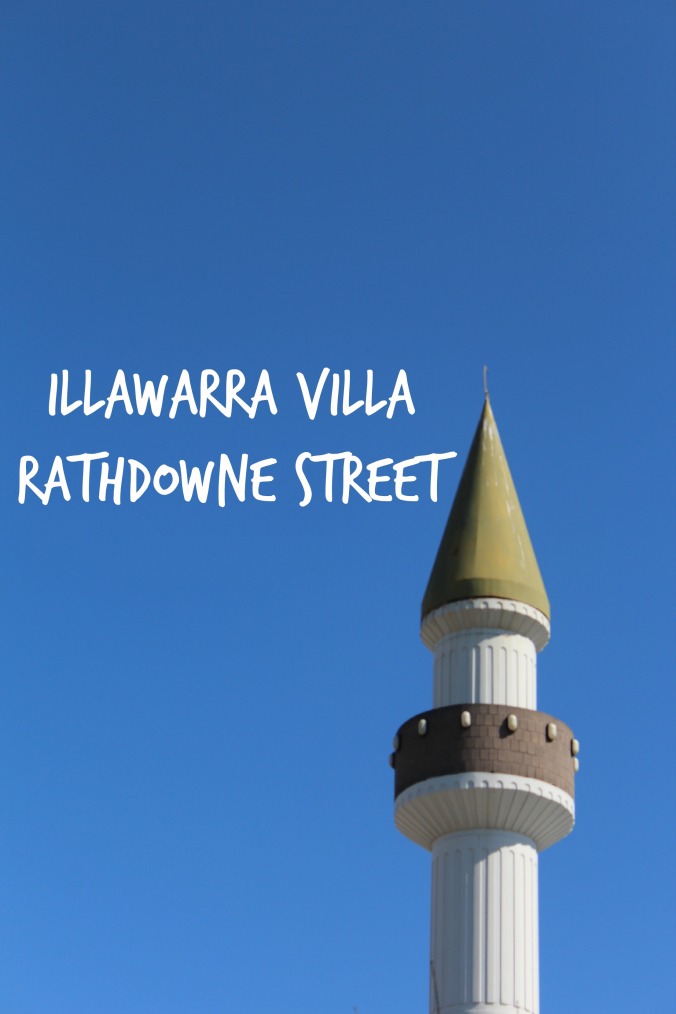 Next stop: 767 Rathdowne Street, Carlton North for the auction of stately residence ‘Illawarra Villa’. (Image of minaret nearby taken on Drummond Street at the Albanian Mosque.)

Sold by Woodards Carlton, Illawarra Villa is a regal, vanilla-white residence which is ideally positioned on a corner for natural light. It had a number of formal downstairs rooms and a renovated rear with a sunny conservatory. As with all Carlton North auctions, all the locals come out for a good sticky-beak and a look at the street theatre to come. This particular auction – called by Jason Sharpe – was over quickly and a competition between essentially two parties. Selling for $1,425,000, the two-horse race was super-fast with Jason inclining right, then left, then right again to catch their bids as they rose in the midday sun.

Are you looking for  a new home this spring? Have you noticed anything extraordinary at a recent auction you’ve attended? Perhaps you’re going to be selling in the coming few months. If so, you might be just the person Hometruths Melbourne would like to feature in an upcoming editorial featuring the story of your home. Contact info@rubyslipper.com.au for details on participating in this unique magazine-style editorial.